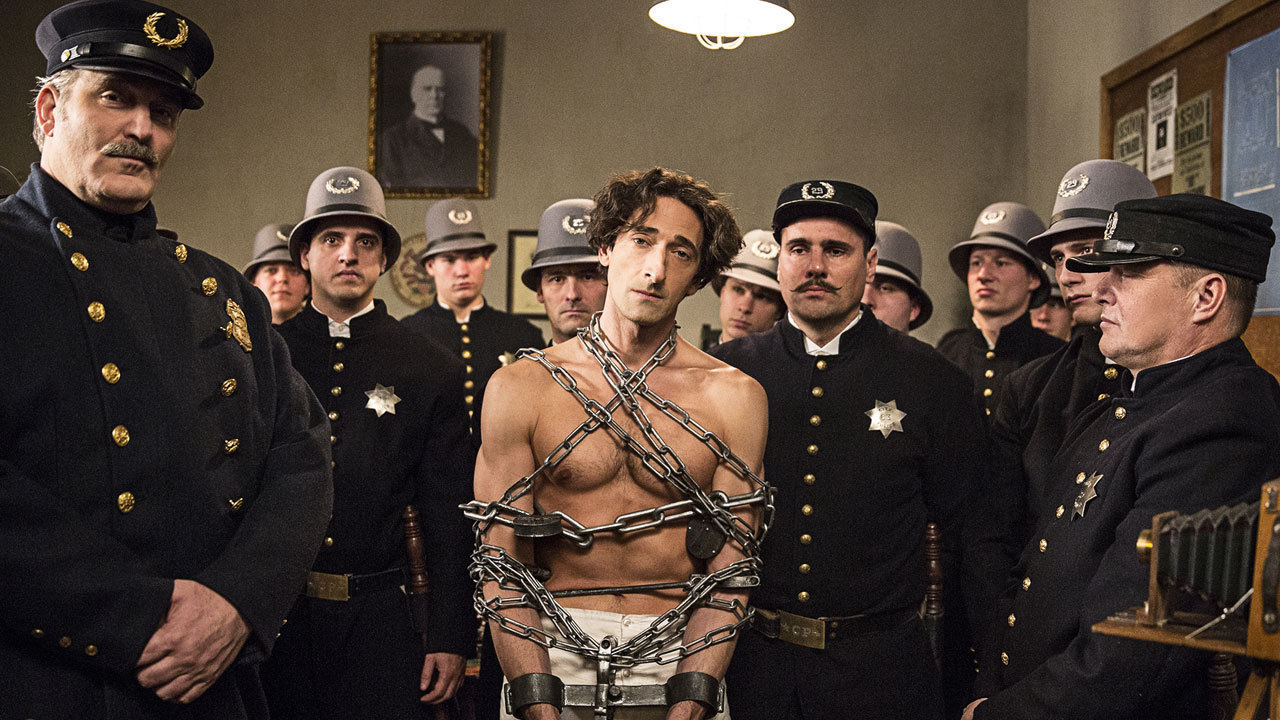 The two-night scripted miniseries HOUDINI follows the epic tales of Harry Houdini as he emerges as America’s first bonafide world-renowned superstar. From humble beginnings at circus sideshows to sold-out concert halls, Eastern European immigrant Ehrich Weiss rose to become a household name across the globe–Houdini. Academy Award® winner Adrien Brody (The Pianist) stars as The Great Harry Houdini as he finds fame, engages in espionage, battles spiritualists and encounters the greatest names of the era, from U.S. presidents to Arthur Conan Doyle and Rasputin. A thrilling ride throughout Harry’s psyche, HOUDINI delves deep behind the curtain into his life through his stunts, his visions and his mastery of illusion. Joining Brody is Kristen Connolly (House of Cards, The Cabin the Woods) as Bess Houdini, the love of Harry’s life and right hand when it came to some of his most amazing feats, and Evan Jones (A Million Ways to Die in the West, The Book of Eli, Gangster Squad) as Jim Collins, Harry’s assistant and confidant.